Design for Forth Wayne Riverfront Project is in the news.

The Fort Wayne Parks and Recreation Department worked with local arts organization Arts United to develop an unbiased process to select the main sculpture for Promenade Park and to ensure the sculpture represents the rivers and the increasing energy in downtown Fort Wayne, a parks department news release said.


Arts United gathered together a volunteer committee of art experts and community members to study and recommend best practices for public art selection.


* Alec Johnson, a landscape architect with Fort Wayne Parks and a committee leader


* Ruth Stone, an Arts United board member, project manager for IPFW's Sculpture with Purpose project in 2014, which placed 50 bicycle rack sculptures around the city, and a Promenade Park sculpture committee leader.


* Nancy Stewart, an Arts United board member and a commissioner representing northeast Indiana for the Indiana Arts Commission


* Charles Shepard, president and CEO of the Fort Wayne Museum of Art


* Chris Ruckman, treasurer of the West Central Neighborhood Association and a resident of that downtown neighborhood


The committee also will receive advisory support from representatives from Riverfront Fort Wayne, Arts United, the Board of Park Commissioners and the City of Fort Wayne, the news release said.

A committee of art experts, community members will select the winning design.


A committee hopes to make a decision by early August on the artist who will create the sculpture that will be the "visual anchor" for the new Promenade Park, the first phase of Fort Wayne's downtown riverfront development.
Five nationally noted artists were invited to submit proposals for the sculpture, which Fort Wayne Parks and Recreation Department officials expect to be installed in June 2018 in the park to be built along the St. Marys River between Harrison Street and the Historic Wells Street Bridge.
The sculpture and related work will be paid for with a $100,000 donation from the Waterfield Foundation, via Community Foundation of Greater Fort Wayne, a parks department news release said. That donation also qualified for a $50,000 match from Lily Endowment, making the total value of the sculpture project $150,000.
The committee of art experts and community members will evaluate the sculpture proposals based on factors such as artistic and aesthetic quality, durability, sustainability, uniqueness and representation of diverse cultures and styles, the news release said.
The five artists invited to propose sculptures, and a brief description of each artist's proposed piece, are:
* Osman Akan of Brooklyn, N.Y., www.osmanakan.com
Sculpture: Flow
Fort Wayne's three rivers have brought trade, transportation, industry and development to this area, the news release said. The sculpture, which is made of metal and stands 19 feet tall and 12 feet in diameter, will remind people of that history and the changing nature of life around rivers.
* Michael A. Dunbar of Springfield, Ill., www.michaeldunbarsculpture.com
Sculpture: All Along the Watch Tower
Dunbar's proposed design would weigh about 3 tons and stand about 19 feet tall, 10 feet wide and 10 feet deep, the news release said. It features a three-sided tower base, which signifies the three rivers, and a cog wheel in the core that represents the machinery and industrial innovations here that have made a big impact on the local economy, the news release said. The sculpture includes a spire relating to the future of telecommunications and two grid-like elements symbolizing the Historic Wells Street Bridge and Harrison Street Bridge.
* Linda Howard of Bradenton, Fla., www.lindahowardsculpture.com
Sculpture: Convergence — The Flow of Three Rivers
The sculpture represents the flow of three rivers coming together, which has brought this region and its people together, the news release said. Convergence, which will weigh about 2,400 pounds and stand 19 feet tall, 28 feet wide and 28 feet deep, is designed so people walking around the sculpture never see the same view twice. It also creates a space for contemplation, solitude and peace, the news release said.
* Nathan S. Pierce of Cape Girardeau, MO, www.nspsculpture.com
Sculpture: Embrace
The main viewing angle for the sculpture creates the feeling of the open arms of the rivers embracing park visitors, the news release said. The stainless steel sculpture also is designed to draw people together and to spark conversations about community. It will weigh about 3,800 pounds and measure 19 feet high, 18 feet wide and 14 feet deep, the news release said.
* Cary Shafer of Fort Wayne, caryshafer.com
Sculpture: Bridges
Designed for the corner of Harrison and Superior streets, the sculpture features two 20-foot-by-20-foot boxes turned on end and tilted slightly to create the feeling of walking on a bridge to enter and exit Promenade Park, the news release said. The angled shapes of the piece create moving shadows in the sunlight, and Bridges reflects the rivers and steel bridges that helped make Fort Wayne a successful city. The sculpture would be the largest of the five, with two segments each measuring about 35 feet tall, 20 feet wide and 42 feet deep.

News-Sentinel.com reserves the right to remove any content appearing on its website. Our policy will be to remove postings that constitute profanity, obscenity, libel, spam, invasion of privacy, impersonation of another, or attacks on racial, ethnic or other groups. For more information, see our user rules page.

Popular posts from this blog 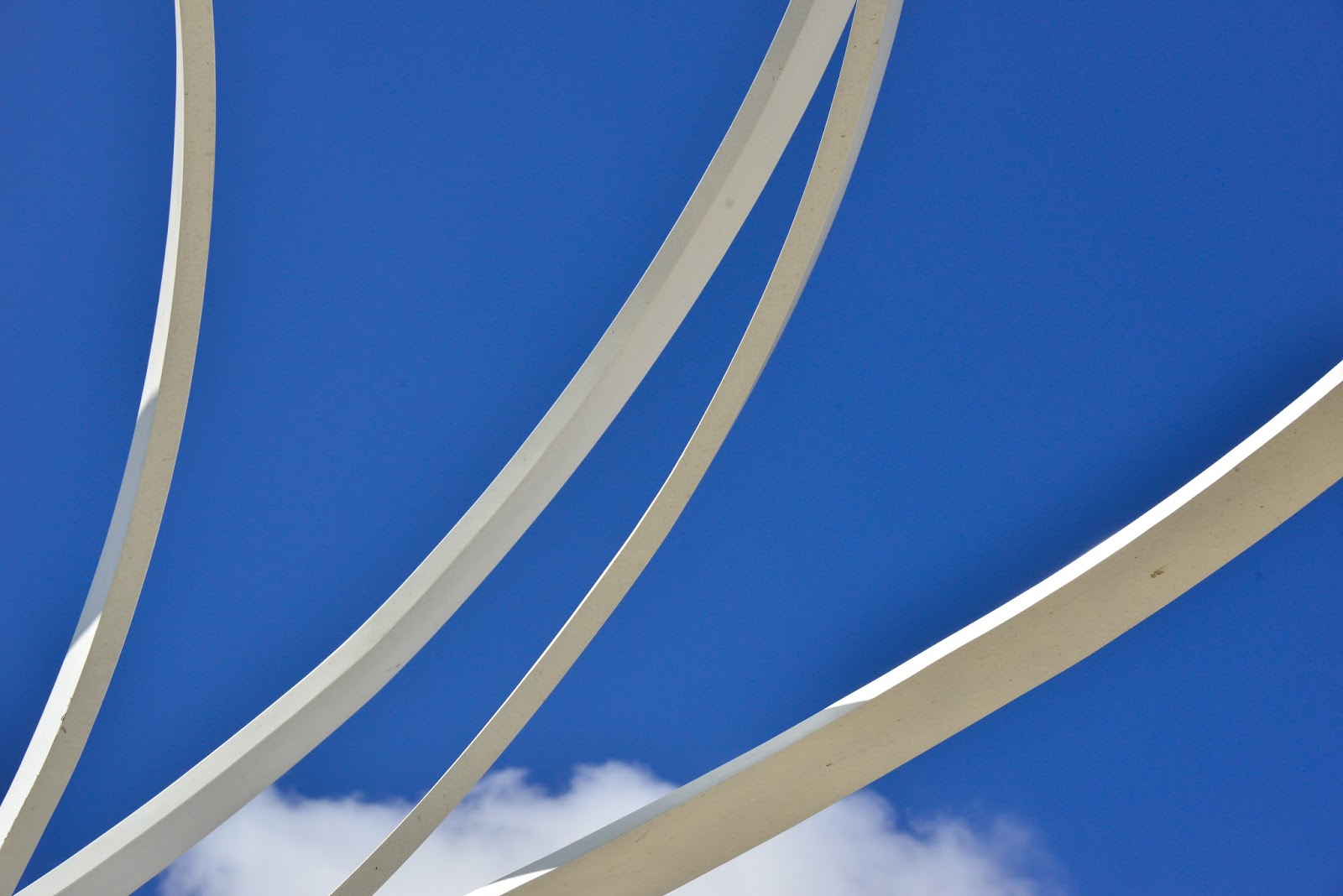 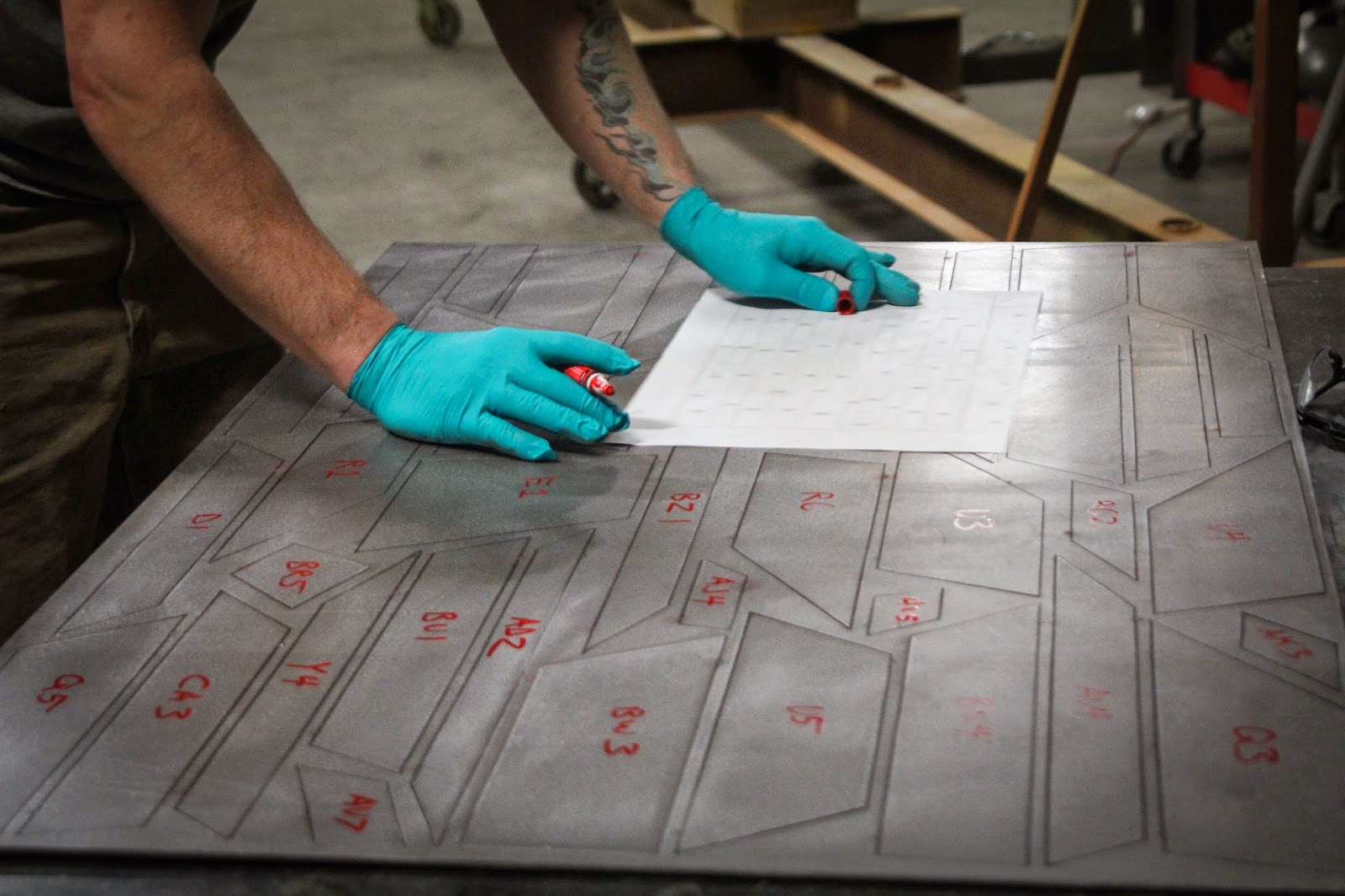 Next sculpture in production. 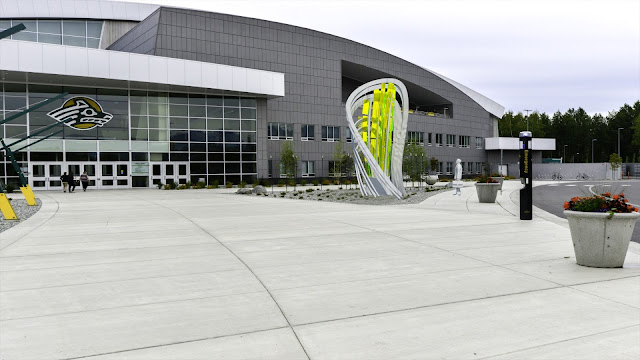